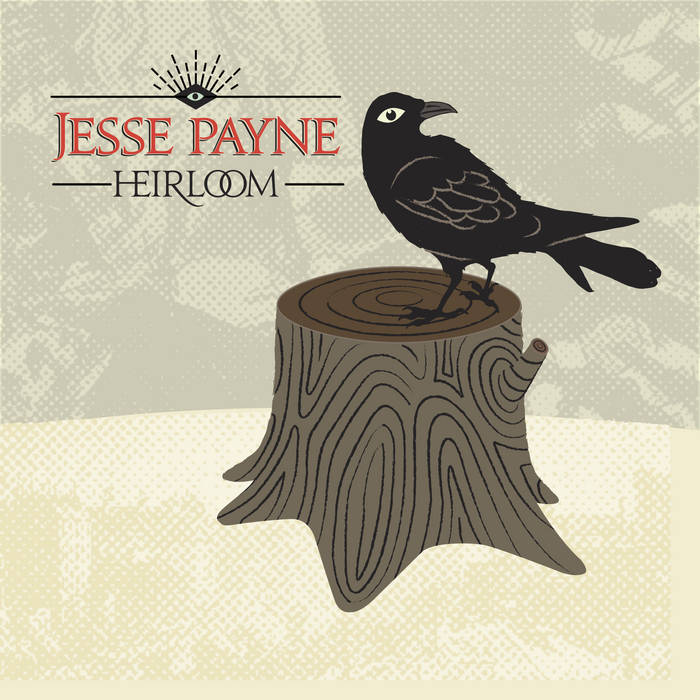 The quilt of resilience, burdens and bronze striving for shelf-life brilliance. Finding artifacts that reveal our teeth to keep us wound tightly to the ones we need. Chandeliers sway through moonlit rooms. Silver spoons, children’s shoes, and a mirror documenting the elusiveness of time. Societal relativity and patchwork crimes haunting the ghosts of gravity and lies. Candles in boxes detached and heartless. A portrait captured and cradled in a frame of concrete and bar. The stories reside in the grain. The heirlooms will travel with us.

Jesse Payne’s latest, Heirloom (Capture Music Inc.), will be released in 2015. Heirloom is an audio-painting of the passage of time and the baggage we bury. Omens and angels. Philosophical and historical.  Generations patched into fabric like heirlooms; these are the things we carry.

Jesse Payne and the team of audio-painters began recording the album in the summer of 2012. Life waged a brutal war against Jesse and the album but underestimated the team that is his family. Battle after battle and many obstacles, that together, they overcame, the album was completed. Coffers were depleted and the men were left clinging to the trenches and desperately grasping to the belief that this album held the story of what was and what was to become. With the support and guidance of CMI Records and Team Clermont, they decided to venture into a crowdfunding campaign with musicraiser.com to raise the funds needed to release Heirloom. After two months of campaigning in the beginning of 2015, the team raised over $11,000 from fans, friends, and family to secure that this album would be released. These contributors have become an essential part of the story which is Heirloom.

Jesse Payne stems from a soil deep in the Southeastern region of the United States. He nests in scenic views of trees and mountains blending into valleys of skyscrapers and barns. Alabama and the Appalachian trail provide the canvas for his yellow shade of timeless polaroids transposing over lake and swing. A lifestyle suggesting an inheritance of owls and their nocturnal solitude. His sound and sight each born from a landscape of heavy cotton hands and autumn chairs.
Upon returning to his home in early 2007, after cutting his teeth touring the eastern coastal region for a couple of years, Jesse Payne delivered the EP, Beyond the Leaves. The EP earned him a spot in The Big Takeover’s Top 40, alongside Band of Horses, Death Cab For Cutie, and Willie Nelson. Payne released his debut full-length album, Nesting (Capture Music Inc.) on November 10, 2010.  The album reached #3 in California on KDVS radio and stayed in the College top 30 across the United States for six consecutive weeks. The year following the release of Nesting was full of studio sessions and tour dates. On October 4, 2011, Payne released the Buffalo EP (Capture Music Inc.) alongside the Kettle & Crow DVD (Capture Music Inc.). Jesse Payne stands by the belief that, “This is just the beginning of our story, the future remains unwritten.”